In contrast to the surrounding buildings, the new Maintor building, Panorama, is reduced in form and, in this respect, becomes an architectural reference object regarding clarity, precision and formal commitment. The differentiated, subtly modified facade prevents its appearance from being schematic. The horizontal alignment of the building emphasises the topic „panorama”.
The visible exterior structure of the high-rise building, Winx, is generally analogous to the gate building. It has been designed in a similarly clear and precise way, however, it escapes from the fixed frame of the surrounding buildings and changes its appearance according to the onlooker’s perspective from a stable vertical structure to a dynamic figure. Slanted members, which appear as if they are structural braces, superimpose the basic grid and create a woven appearance. Because all the levels have been shifted along the same centre line, the high rise building appears as a perpendicular structure, similar to an optical illusion, when seen from the south-east or north-west. 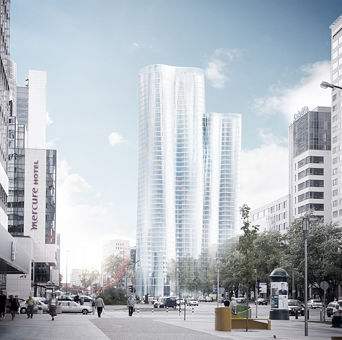 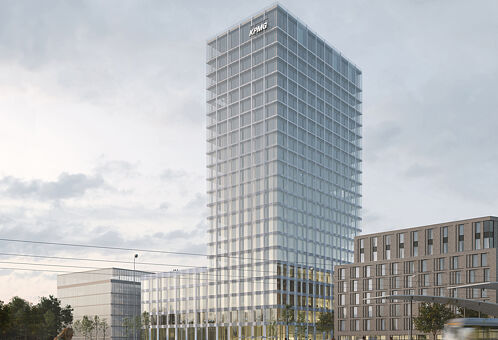 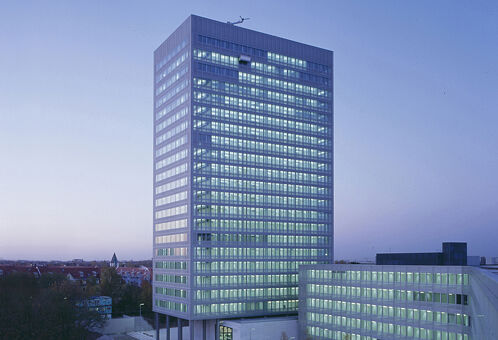