As a UNESCO world heritage site, the historic centre of Cologne around the Cathedral has borne witness to more than 2,000 years of monumental history. The design for the new museum buildings in the immediate vicinity will redefine the space in a way befitting its historic significance.

The ensemble of new buildings is subdivided into four sections, with the two middle sections linked to one another in a continuous loop. The Cologne City Museum, the Curia House and an academic center for the Roman-Germanic Museum are located here. A vertical layering of the space within the building follows the topography of the site and becomes the starting point for the structure of the interior space. All of the museum rooms are interlocked, linking them in a single continuous context. The staggering of the exhibition spaces in both the horizontal and the vertical plane creates terraces opening toward the core of the building. This provides various views of, through and outside the interior space and connects the museum with the city outside at every level. On the upper floors, observation platforms created by these staggered levels offer sweeping views of the Cathedral, the Old Town and the Rhine. The outer envelope makes reference to the interior structure by layering the facade at different heights. 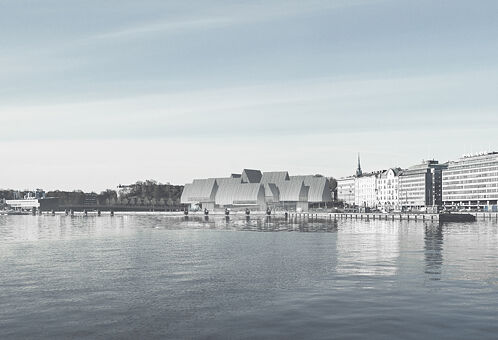 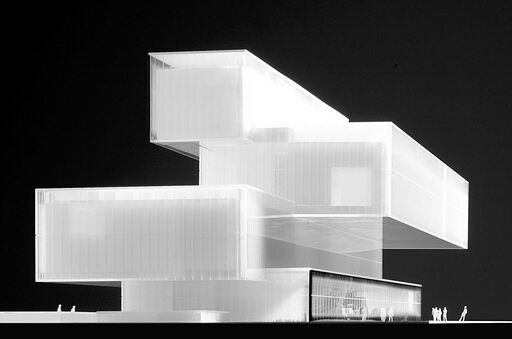 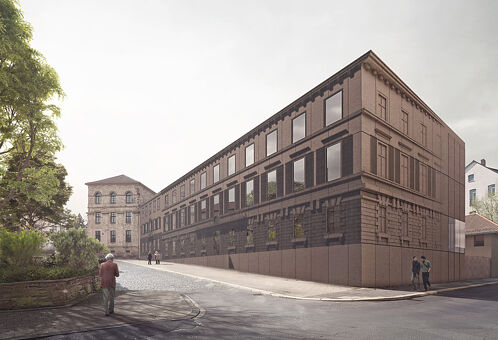 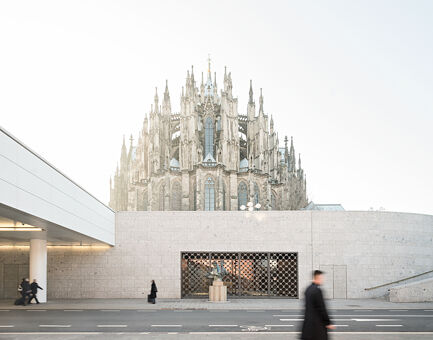